An ad-network to help Android developers promote apps for free. 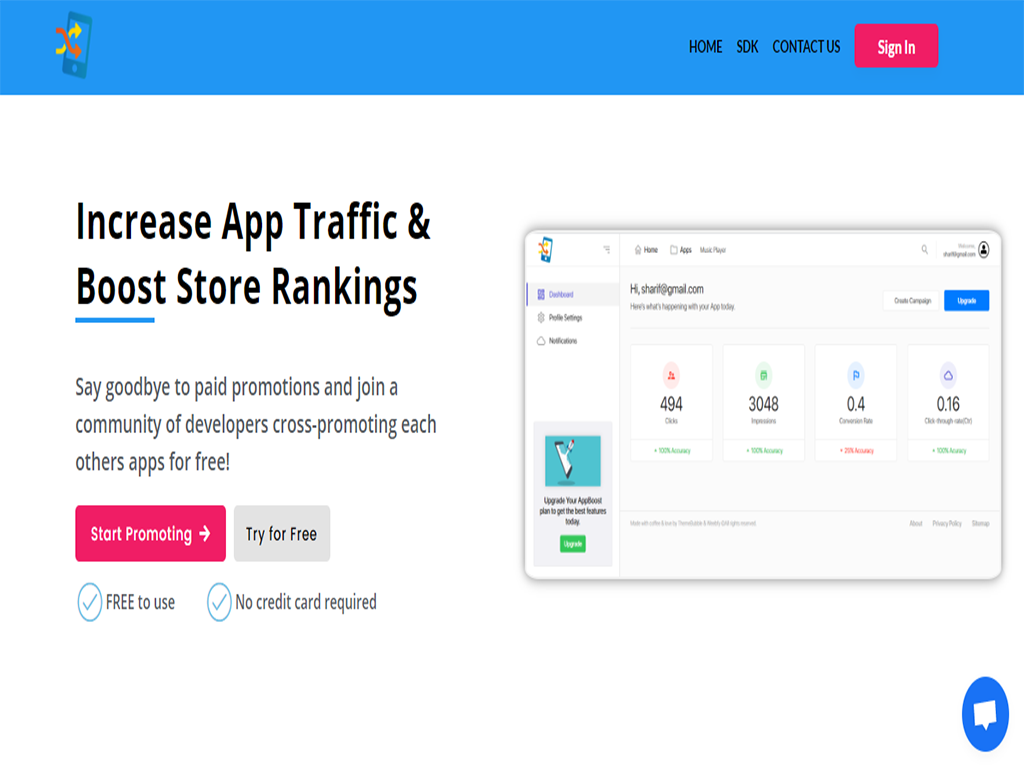 An ad-network that was developed to help android developers promote their apps for free. It is very easy to use, with less than 7 lines of code, developers can boost traffic to their apps and monitor the statistics.

The network drives traffic to apps through cross-promotion. Each developer that implements the sdk in his/her app gets their app promoted inside other developers apps and vice-versa.

The app stores are getting more and more saturated and competitive with thousands of apps being published everyday, Developers and Businesses with little to no budgets are finding it difficult to sustain their app businesses.

The project aims to solve this problem by helping developers and businesses drive traffic to their apps and thereby increase their revenues.

Before you place an offer kindly send me a message.

Buyer only needs to market it.

We were planning to launch a support services for startups &amp; growth companies, fb, ...

This domain will help you in starting a blog in music.