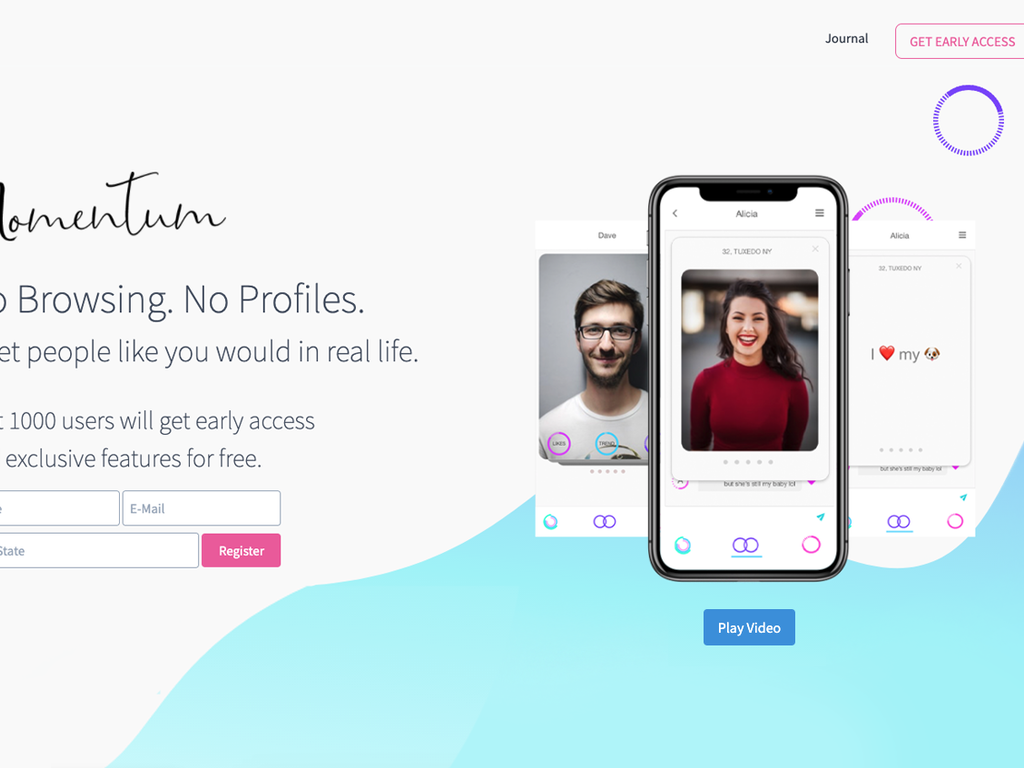 This is a dating app that I was hoping o launch in February of 2020, but given Covid I decided to postpone and now decided to spend my time on another project.

The differentiator for the app and other dating sites is its scoring system. It was designed to mimic matching in real-world scenarios. You don't get matched based on questionnaires or having mutually liked each other's pictures. Instead, a user is incentivized to work on their overall score, and people of similar scores match. Which means we're matching people based on their similarities from their “market's” perspective, which is what happens in the real world where we tend to be matched based on similar appeal rather than mutual interest.

For sale is the entire app stack and branding.
The app is written in React Native, so it's ready to go on IOS and Android, and is powered by a Laravel API with NodeJS websockets, and requires only basic hosting requirements with no costly 3rd party services attached. Only dependencies are AWS buckets for file storage which is insanely cheap.

I launched the app on product hunt and beta list and have a list of 130 user emails who were waiting for release.

Anyone interested in buying the app, I can invite you to download it via Testflight, it's currently filled with simulated data, but its working as intended.

My plan was to launch for free then include a high tier user that had a monthly subscription, and allow gift purchasing as a means to provide users gift giving options.

The hard part, which is the part I was struggling with, is just meeting critical mass, having enough users to make it worth being in the app. That's more to do with marketing than programming.

My plan was to pick a specific city and focus on there, but then covid hit and I moved onto other projects.

An app that rewards you to stay at home.

Turn your building into a map and game for communication and promotions.